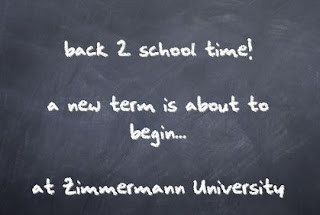 It's late August. The sun is starting to fall below the horizon earlier. The rain is starting to pelt us a bit. The wind is chillier. All signs that it's ... back to school time! I had this idea of bringing myself back to school in a knitty way - and who better to guide you through how to knit everything than the great Elizabeth Zimmermann herself? I thought that if I just knit everything in one of her books, that then, then I would know so much more about knitting, that I would have a qualification, of sorts. 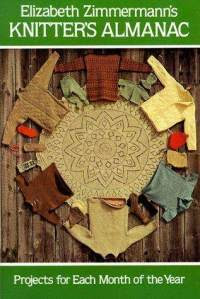 I hadn't even heard of EZ until last year, when the Brilliant Becca told me about her (thank you! I miss you!). She lent me her copy of The Opinionated Knitter, and by the time I'd returned home from Wednesday-morning-knitting-group that day, I'd been online and ordered myself some EZ-for-me. I got the Almanac first (above) and Knitting Without Tears (below). I love the idea of the Almanac the most - your knitting year laid out before you, all neat and tidy. This was the book I wanted to work through the most, but I was (as were the other blogging contributors here, who I approached very swiftly when the idea of Zimmerversity struck) daunted by the fact that January's project = an Aran sweater. Oh! The complex and fiery relationship us modern Irish knitters bear with that garment! 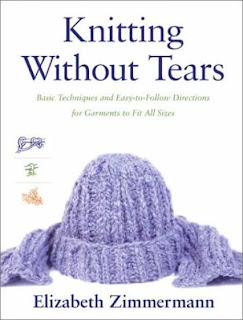 So, we blew the idea wi-ide open. A few clicks later, there was a blogspot set up. We're still adding contributors, so if you want to knit some stuff from EZ's books, and throw up a few pictures and words about it here, fire a comment below!

Rules are stressful and crap, so here are the anti-rules:

Take your seats, open your books, sharpen those needles - class is now in session.
Posted by sheknitupthat at 12:09 AM

Email ThisBlogThis!Share to TwitterShare to FacebookShare to Pinterest
Labels: sheknitupthat